by Patrick Porter
Whether we like it or not, the world has entered an era of multipolar struggle. The United States would be ill-served to try to hold on to a unipolar dominance that is now a thing of the past, but should make four prudent choices to manage the difference between competition and catastrophe.

by Rebecca Davis Gibbons
The Nuclear Nonproliferation Treaty (NPT) has withstood several challenges in its first 50 years; and yet this time may be different. The so-called Nuclear Ban Treaty, adopted in 2017, represents a significant crack in the foundation of the NPT. But the United States can take a more constructive approach to the ban movement which could help save the nonproliferation regime.

Hedging Our Bets: Why Does Nuclear Latency Matter?

by Rachel Elizabeth Whitlark and Rupal N. Mehta
Although only 10 states have acquired nuclear weapons, 32 have a nuclear latency capacity, or the technological capability to build those weapons even if they have not done so. Yet, very little is actually known about the potential impact of nuclear latency on consequences such as war or arms racing, but they may be no less significant than nuclear weapons proliferation itself.

Preventing the Next Lashkar-e-Tayyiba Attack

by Tricia Bacon
A former State Department counterterrorism analyst argues that another Lashkar-e-Tayyiba (LeT) attack is the most likely source of conflict between nuclear-armed India and Pakistan. The key to U.S. efforts is not attempting to sever LeT ties from Pakistan—which she argues is both fruitless and dangerous—but continuing to pressure Islamabad to impose restraint on LeT.

by Rajesh Rajagopalan
For years, an Indian debate has raged over whether deteriorating relations with China has been caused by India’s improving relations with the United States. Indeed, there are signs the Modi government itself may even have recently reached such a conclusion, but there are at least two reasons India-China relations are about Beijing itself rather than New Delhi or Washington.

by Lee Seong-hyon
South Korea and Japan have for a long time fundamentally mistrusted each other—with historical and territorial disputes—and disagreed on how to approach China, but an increasing number of incidents lately have intensified bilateral tensions between the two U.S. allies. Washington should be more actively and visibly engaged in fostering the Seoul-Tokyo relationship.

Will Human Rights Survive in a Multipolar World? 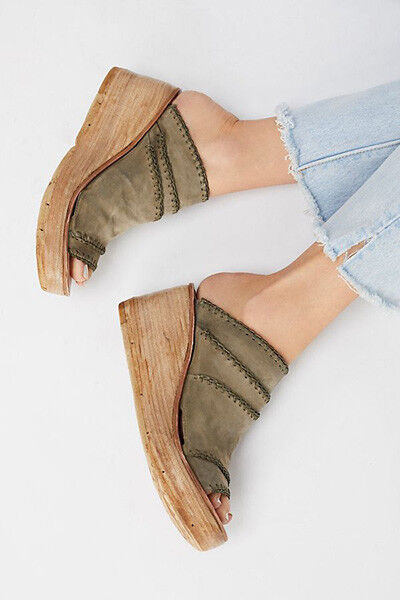 by Seth D. Kaplan
Human rights have depended on the West far more than is typically realized, making them unsustainable in a multipolar world. Human rights will only survive in this new era if they return to basics and the Universal Declaration, reflecting the ideas and beliefs of all peoples.

by Wyatt Hoffman
Sorting through cyber strategy starts with a fundamental framing question: does “cyber” provide a new tool (capabilities) for traditional state pursuits, a new domain (sea, air, space), or a new dimension of relations between peace and war? Real progress has been made in developing an understanding of how to more effectively employ cyber capabilities to achieve specific strategic objectives, but there may ultimately be no single comprehensive cyber strategy for statecraft.

by Dong Jung Kim
For some, geoeconomics provides a more effective and less costly alternative to military force to advance U.S. security interests. Yet, the preeminent U.S. economic position does not necessarily enable it to influence others’ decisions and can weaken economic freedom as well as the liberal international order, undermining the effectiveness of geoeconomics as a strategic tool.

Why and How to Succeed at Network Diplomacy

by Michael W. Manulak
Obscured by an era of summitry and big international political personalities, network diplomacy among civilian and military officials continues quietly to advance international cooperation. Here are a set of network-based tools and tactics with which many governments are unfamiliar that would allow them to better achieve their foreign policy goals.

A Eulogy for the Two-War Construct

by Jim Mitre
The Executive Director of the 2018 U.S. National Defense Strategy contends that the concept that has guided the U.S. military for a generation–the two-war construct, or the ability to fight two simultaneous wars against regional powers–is no longer the central basis to evaluate the potential performance of the U.S. military.

The Lost Art of Long-Term Competition

by Markus Brunnermeier, Rush Doshi and Harold James
Much focus on great power competition is military, but the central battlefield may now be economics. Yet, the twenty-first century United States-China rivalry holds an uncanny resemblance to the nineteenth century Anglo-German one, yielding a useful guide for policymakers to understand four areas of subtle and sophisticated economic competition likely to be employed, beyond the blunt levying of tariffs, and the risks likely to be incurred.

by Rebecca Friedman Lissner and Mira Rapp-Hooper
Defending the liberal international order as an end unto itself today is a mistake. Instead, foreign policy strategists must begin to craft a new U.S. grand strategy now. Thoughtful plans for rebuilding new and needed forms of order will require advanced preparation, beginning with reassessing three fundamental assumptions of the extant international order, diagnosing threats from without and within, and designing and defining the limits of a new system.

by Nina Tannenwald
The author who wrote the classic book revisits the state of the nuclear taboo over ten years later. In a new nuclear era and with the global normative order at risk of unraveling, she asks and answers: How strong is the taboo against the use of nuclear weapons today? How can it be strengthened?

by Kenneth A. Schultz
A source of the decline of U.S. standing in the world comes from within: a long-term trend of partisan polarization in American politics which has made it harder for the United States to conduct foreign policy and to wield its diplomatic and military power in the world in four ways. Recognizing these problems may help mitigate their worst effects.

from our publisher, Taylor & Francis